When he left this April for a month and a half to train with the Czech Army’s Active Reserves, reactions were mixed, ranging from admiration and appreciation to surprise and doubt. A head of a major institution serving as a private? Can he do it? … In June, Private Martin Mata, Director of the Innovation Centre of the Usti Region, receives a special award from the army at a ceremony after completing his basic training. For the perseverance and strong will with which he completed the course despite physical exhaustion. Nowadays, he would recommend this physically and mentally demanding experience to anyone and would like to help promote the Army.

The interview with Martin Mata did not start as a classic interview. Actually, we only took pictures of the visit of Captain Roman Kutilek from the Regional Military Command Ústí nad Labem, who came to interview Martin for the army media. It’s basically an overheard conversation in which we don’t ask any questions, we just prick up our ears and listen to someone else’s conversation.😊

Do I really need this?

Martin sits on the terrace at ICUK in military uniform, with one pip in his epaulets, i.e. with the rank of private, and talks with a relaxed and already distant air with a higher rank – Captain Roman Kutilek – about his experience:

„When you’re forty and you’ve reached a certain position in your life, it’s hard to stomach that you’re suddenly Private Mata, a Boy Scout who can be yelled at. I asked myself, do I really need this?” But this test of one’s ego is not the only thing; besides the separation from family and loved ones, the training is physically demanding, too.

„It was physically demanding, and more than I expected I’m not an athlete, and I’m not a young man anymore. I thought that I would just need that month of training before starting, but of course I was wrong,“ says Martin amusedly. „There were older men, a 50-year-old marathon runner who went jogging in addition to training, there were athletes with good physiques for whom it was not such a burden. But I’m a diabetic (type 2), I need an injection once a week, which I didn’t really stress and, for example, I didn’t ask for a candy bar when I needed it.“

I felt better, so I finished it…

Captain Roman Kutílek’s questions get to the story of Martin touching bottom. During the rigorous training and due to diabetes, he lost consciousness.

„It culminated during comprehensive training. We went to bed quite late, woke up at two o’clock because of the alarm and with full armament we went ten kilometers, then we dug in, defense, shooting, first aid tests, then running again. At night, again the alarm around 1 a.m. and an immediate move. At 5 a.m., when we had a break and got a very light breakfast, I got sick, I said: gentlemen, this is not good… and I lost consciousness for a while. They woke me up, and suddenly there was a candy bar, I felt better… so I finished it. The team didn’t let me down and cared about me!”

“Of course I could have given up, no one would have been surprised. But it’s all about one’s the will. For me, there was no giving up. Even though it was very challenging at times. It wasn’t one bottom from which you bounce and head upwards, there were several bottoms,” Martin says, illustrating what led his superiors to award him the medal.

Military service is not for the weak

Perhaps the most telling indication of the difficulty of the training is the fact that only 96 of the 130 people who started Active Reserves training completed it. Many got injured, some postponed or gave up.

„But it has to be said that many women have completed the basic course, and I bow to them because they had absolutely no favours, they had to go through the same thing as the men,“ Martin adds.

The difficulty of basic training for the Active Reserves is certainly not an end in itself. „Soldiers in the Active Reserves are an important part of our country’s defence and full partners of professionals in training and deployment. The units of the territorial forces (infantry companies at regional military command) are primarily deployed for the protection and defence of critical infrastructure objects and assistance during natural disasters,“Captain Roman Kutílek, senior commanding officer of the Regional Military Command in Ústí nad Labem, tells us.

„The basic course lasts six weeks and during that time we need to turn people who are not familiar with the military into units that can handle the demanding tasks of defence. As an active reservist, I now face two to three weeks of additional training twice a year,“ Martin Mata explains further.

Just to give you an idea – the Czech Army has roughly 26 to 28 thousand professional soldiers, the Active Reserves currently consists of about 3700 people, including over 390 women. That’s not much, is it. And what is the interest in serving in the Active Reserves?

„Compared to last year, it has increased quite substantially, in the Usti Region alone it is ten times as much in 2022 as last year. The crucial moment here is, of course, the war in Ukraine, which helped people realize the importance of the army and the defence of the homeland,“ says Captain Roman Kutílek.

But the path from application to the Active Reserves to entry into basic training is quite long; up to two-thirds of applicants get lost in the process – they fail to provide the necessary medical reports, criminal records statements or other documents, or simply change their minds when they find out what the training entails.

„For me, the situation in Ukraine wasn’t the crucial moment,“Martin Mata continues, „I decided to join the Active Reserves earlier, in August 2021, but it took me a long time. I never had anything to do with soldiers. I missed the compulsory military service, it was cancelled before I finished college. But I missed the experience, not to mention that it seemed like the right decision.“

It’s a responsible and important thing

„In the Active Reserves, you will find a really diverse mix of people, both in terms of professions and age – a driver, a lawyer, a CEO, a salesman… they all have to get along, cooperate, help each other, listen to their superiors and follow the rules, regardless of age or career,“ says Captain Kutílek.

„I would like to see service in the army, whether in the Active Reserves or with the professionals, regain its prestige. I hope, of course, that my story will motivate others to do the same. The training itself is hard, it is demanding both mentally and physically, but it enriches you,“ says Martin Mata at the ned of the interview: „If I did it, others can do it – in a similar position or with similar physiques. By the way, I lost 12 kilos and my blood sugar dropped from around 14 to 8. Of course, it cannot be approached without proper considerations, just idealistically, as it is a responsible and important thing.“

The interview ends, we take a few photos, Captain Kutílek says goodbye. Finally, we are still thinking about how and whether the world of business and the armed forces could be linked. Adherence to rules, drill, team cooperation, but also humility and the need to suppress one’s own ego is a great school for managers. What do you think?

You can read the article from Martin Mata’s interview with captain Roman Kutílek here.

OUR NEW OFFICE IN ŽATEC IS ALSO YOUR NEW COWORKING SPACE 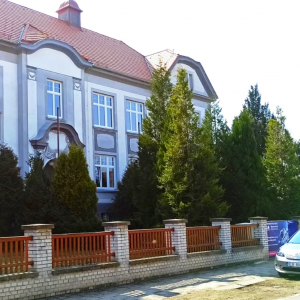